Wishes to engage a contractor to execute the following Works:

1. The Royal Government of Cambodia (RGC) through the Ministry of Economy and Finance (MEF) as the executing agency and the Provincial Governors’ Office in the province of Prey Veng as the implementing agency has received a  Loans 3006/3007/8271 and Grants 0349/0350-CAM from the Asian Development Bank toward the cost of Climate-Resilient Rice Commercialization Sector Development Program, and it intends to apply part of the proceeds of these Loans and Grants to payments under the Contract for Precision Laser Land Leveling Phase 2 in Anlung Char Irrigation Sub-project, Preash Sdech district, Prey Veng Province.

2. Construction is scheduled to begin on one week after signed contract and completed in 90 calendar day period.

3. Interested qualified eligible contractors are invited to obtain a copy of the bidding documents free of charge from the address given below.

4. To be considered eligible a contractor must

(a) Be from a ADB member country

5. To be considered qualified a contractor must:

(a) Have completed in the last 3 years at least two contracts of a similar nature of at least 75% of the value of the bid.

(b) Have cumulative construction turnover in the last two years equal to at least 1.5 times the value of the bid price.

(c)  The proposed works manager must have at least 3 years of experience in the supervision of works of an equivalent nature and size and no less than one year as a manager.

Documentary evidence to demonstrate the bidder’s qualifications must be submitted with the bid.

6. Bids must be delivered to the address given below at or before 11:00 am on 03 July 2020. Late bids will be rejected. Bids will be opened in public immediately thereafter at the same address in the presence of the Bidders' representatives and the project's beneficiaries from the concerned local community who choose to attend shall be allowed to be present in person.

8. All bids must be accompanied by a Bid and Performance Securing Declaration as​​​described in the bidding documents. Any bid not accompanied by one will be rejected as non-responsive.

9. The address where the document may be inspected and obtained is:

and also send a copy of the communication to the Director General of General Department of International Cooperation and Debt Management of Ministry of Economy and Finance. New Building 2nd Floor, Street 92, Sangkat Wat Phnom’ Khan Daun Penh, Cambodia.

The address for bid submission and bid opening is:

12. Any party may make a complaint at any stage of the procurement process. The procedure is described in Clause 21 of the Instructions to Bid. 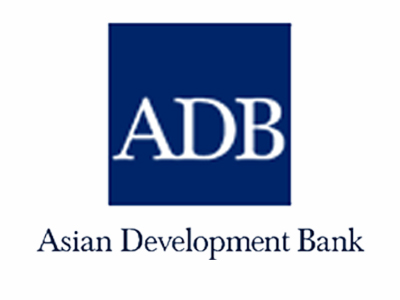